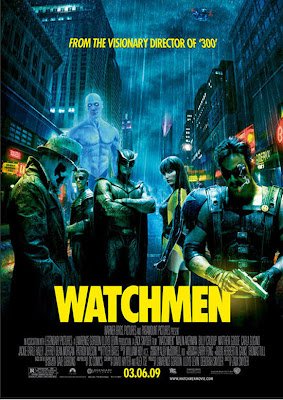 NINJAMAN
Posted by CDM at 6:44 AM No comments:

'Lost in Space' actor Bob May dies at 69 in Calif.

Always Good for a Smile.

Chimpanzee Riding On A Segway
Posted by CDM at 8:02 AM No comments:

This is from Natalie Finn over @ E! Online: Studios Settle Watchmen War

Los Angeles (E! Online) – It's gonna cost a pretty penny, but Warner Bros. gets to send Watchmen into theaters as scheduled.

Warners and 20th Century Fox are expected to let a judge know tomorrow that they have reached a settlement and will not need to go to trial to figure out which studio owns the rights to the highly anticipated superhero adventure.

Neither side is admitting victory or defeat just yet (the lines are blurry, regardless), but according to the Hollywood Reporter, Fox is relinquishing all distribution rights for a lump-sum payment and then a percentage of Watchmen's box-office receipts.

After inking a couple of deals with Fox in the 1990s, producer Larry Gordon ultimately took the DC Comics-rooted story to Warners, which went ahead and made what trailers are teasing to be a pretty fanboyrific movie for about $130 million.

The film has been in the can but, thanks to a last-minute Christmas Eve ruling on behalf of Fox, it seemed increasingly unlikely that Warner Bros. was going to escape from this mess with its new-releases calendar intact.

After the Dec. 24 decision, Warner Bros. filed court documents stating its intent to go after Gordon for the costs of this legal battle.

But even though the case appeared to be swinging its way, Fox apparently opted to settle up before the proceedings got even nastier.
Posted by CDM at 12:06 AM No comments:

AUDITORIUM
Posted by CDM at 11:28 AM No comments:

Star Wars: Retold (by someone who hasn't seen it) 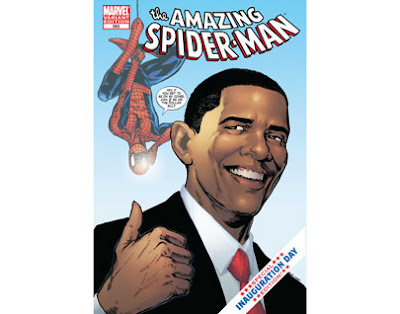 I heard a few weeks back that our new President is a Spidey Fan and a bit of a Geek. Is this MARVEL'S way of saying "COOL! Our President is a Fan."? I think maybe yes. Rock On!

A T-SHIRT and a SKATEBOARD (?)

The AntiNormal Comic's Store is finally open for Business.
See my NEW gallery at Zazzle.
Posted by CDM at 12:24 AM No comments:

Have you played with the online game "fantastic contraption" yet?

Fantastic Contraption
Posted by CDM at 11:12 PM No comments:

I've just watched a cool video that demonstrates a technique in photoshop that I've never thought of. It's a very "Frankenstein-like" approach to creating an image...and way-fun to watch. Check it out: Untooning Jessica Rabbit

Let the experiment begin.
Posted by CDM at 2:36 AM No comments: